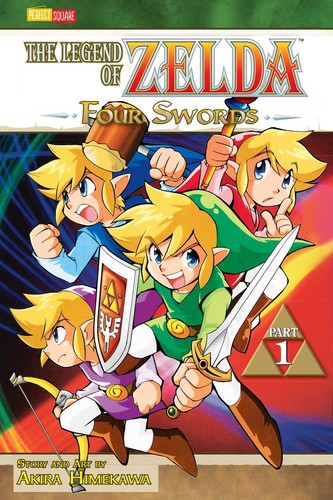 Four Swords - Part 1Link, now a Hylian Knight, serves Princess Zelda at Hyrule Castle. When Shadow Link kidnaps Princess Zelda, Link once again must prepare himself to defeat the forces of evil. To do so, he nee

The Legend of Zelda is a high-fantasy adventure based on the wildly successful and long-running video game series by game designer Shigeru Miyamoto. In February 2000, Shogakukan began publication of manga artist Akira Himekawa's adaptation of nine of the