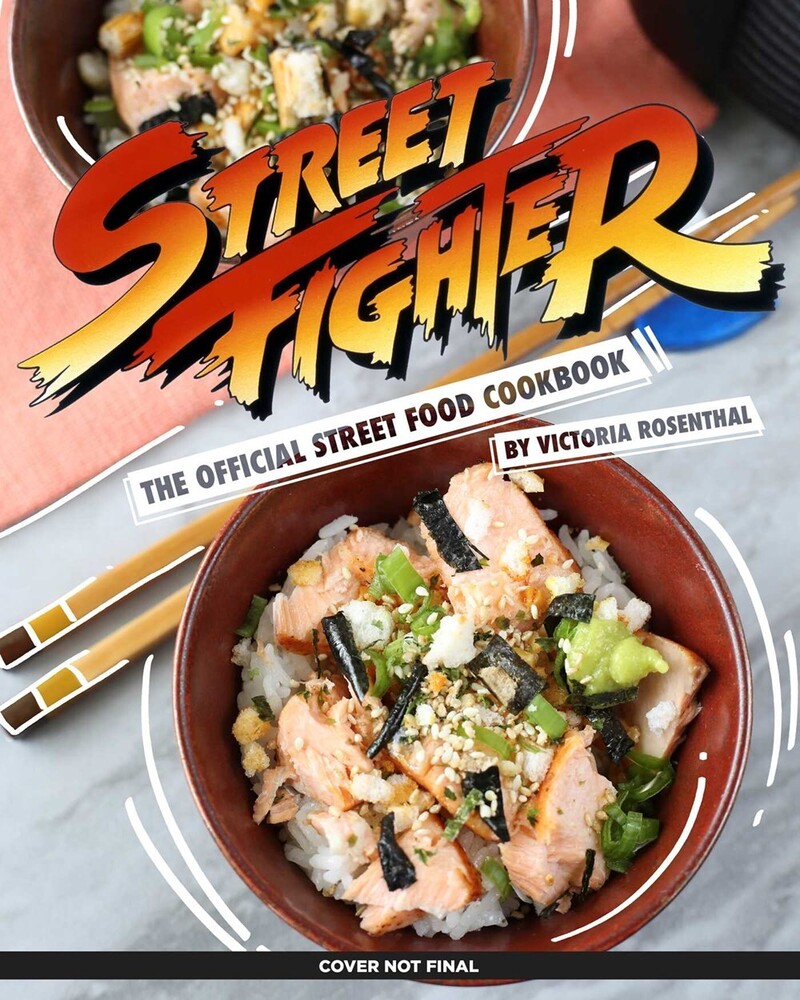 Street FighterT: The Official Street Food Cookbook brings together your favorite challengers in this global collection of recipes.

Inspired by the diverse nationalities of the iconic characters in Capcom's Street FighterT video game franchise, Street Fighter: The Official Street Food Cookbook offers easy-to-make recipes that are perfect for your next party or one-on-one showdown.

Sakura Kasugano: High school student, martial artist, and world traveler. Join her as she embarks on a trip around the globe, training, fighting, and trying out delicious new street food snacks. In this book, she shares the stories of her encounters with other fighters and their favorite recipes from their hometowns.

This cookbook features delectable treats found in food stalls on the streets of Japan, Spanish tapas from a flamenco tavern, snacks on a pier in the Amazon River basin, and much more. With easy-to-follow step-by-step instructions, this cookbook features recipes and characters from every iteration of Capcom's hit Street Fighter series.

Packed with vibrant photography as well as information about each fighter and the dish they inspired, this book will level up your skills in the kitchen, making it the ultimate culinary companion for everyone from skilled cooks to new challengers.

Victoria Rosenthal launched her blog, Pixelated Provisions, in 2012 to combine her lifelong passions for video games and food by recreating consumables found in many of her favorite games. When she isn't experimenting in the kitchen and dreaming up new recipes, she spends her days developing graphics for NASA. She resides in Houston, Texas, with her husband and corgi. Victoria is also the author of Fallout: The Vault Dweller's Official Cookbook, Destiny: The Official Cookbook, and Street Fighter: The Official Street Food Cookbook.