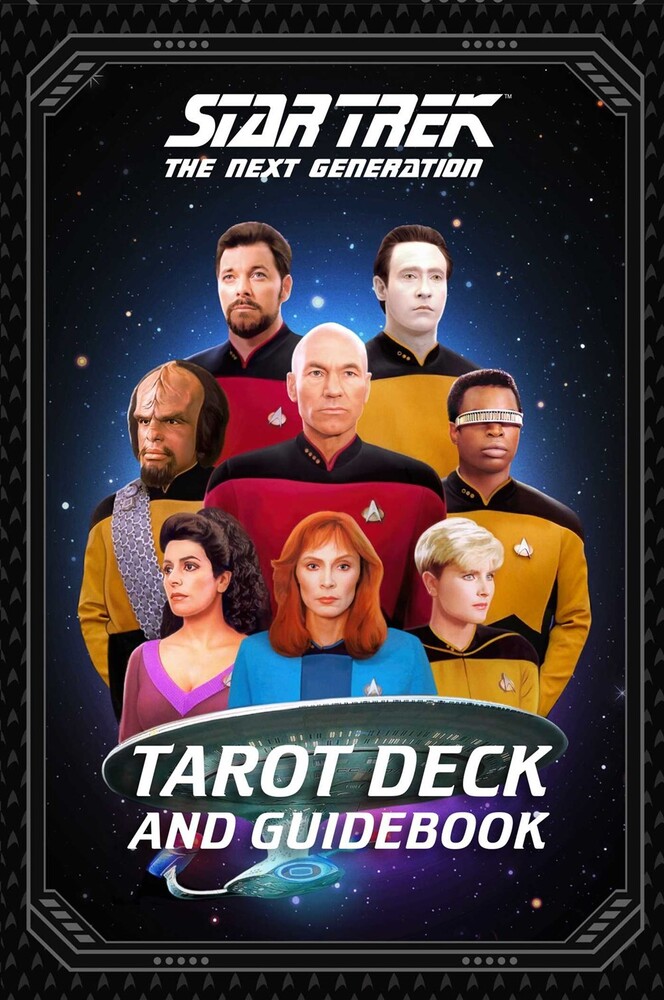 Engage with the cosmos at a whole new level with this sumptuously illustrated tarot deck featuring captivating visions of the characters from Star Trek: The Next Generation.

Tori Schafer is a writer and narrative designer for video games, and she has worked on titles such as Elder Scrolls Online and Spellbreak. Her love of games is matched only by her love of tarot, which she has been practicing since she was a child. When she's not playing games or reading tarot, she's spending time with her husband and beloved, bratty cat in their city apartment.

Nicky Barkla is a self-taught pop-surreal artist living in the countryside outside Victoria, Australia. She is one of the fifty contributors selected by CBS for their anniversary art exhibition "Star Trek: 50 Artists 50 Years," which toured the globe between 2016 and 2018, and her work has also been featured in the popular art book anthologies Geek-Art and The Art of Horror Movies.