Gillespie, Bobby - Tenement Kid: From the Streets of Glasgow in the 1960s to Drummer in Jesus and Mary Chain and Frontman in Primal Scream | RECORD STORE DAY 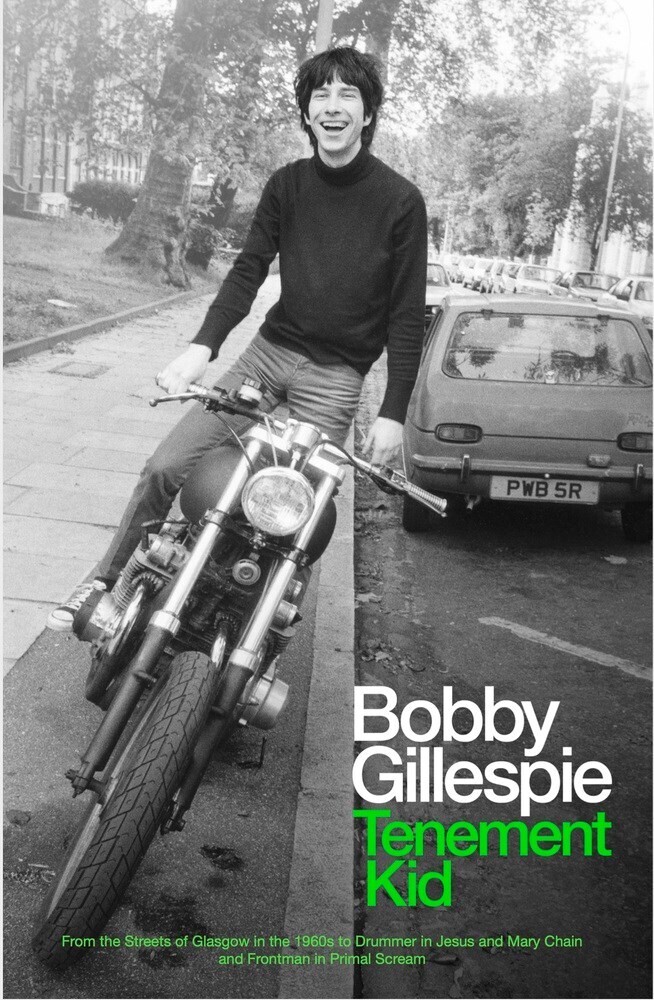 Tenement Kid: From the Streets of Glasgow in the 1960s to Drummer in Jesus and Mary Chain and Frontman in Primal Scream
Artist: Gillespie, Bobby
Format: Book
Book

Fizzing with an infectious passion for the magic of rock music, Bobby Gillespie's vivid and evocative new memoir, TENEMENT KID: From the Streets of Glasgow in the 1960s to Drummer in Jesus and Mary Chain and Frontman in Primal Scream, traces a path from a post-war Glasgow tenement to the release of Screamadelica, the band's psychedelic award-winning masterpiece that helped usher in the 1990s. So much more than a rockstar's memoir, Tenement Kid is also a book filled with the joy and wonder of a rock'n'roll apostle who radically reshaped the future sounds of fin de sieIcle British pop. Structured in four parts, Tenement Kid builds like a breakbeat crescendo from Gillespie's working-class Glaswegian upbringing to the "Second Summer of Love" that saw the '80s bleed into the '90s and a new kind of electronic soul music starting to pulse through the Great Britain's consciousness. In this book, Gillespie takes us through the release of Screamadelica and the tour that followed as Primal Scream become the most innovative British band of the new decade. Published thirty years after the release of that seminal album, Tenement Kid cuts a righteous path through a decade lost to Thatcherism and saved by acid house. It's a joyful, celebratory, and beautifully written book which will remind us of better times, just-as we hope-those better times might be returning.