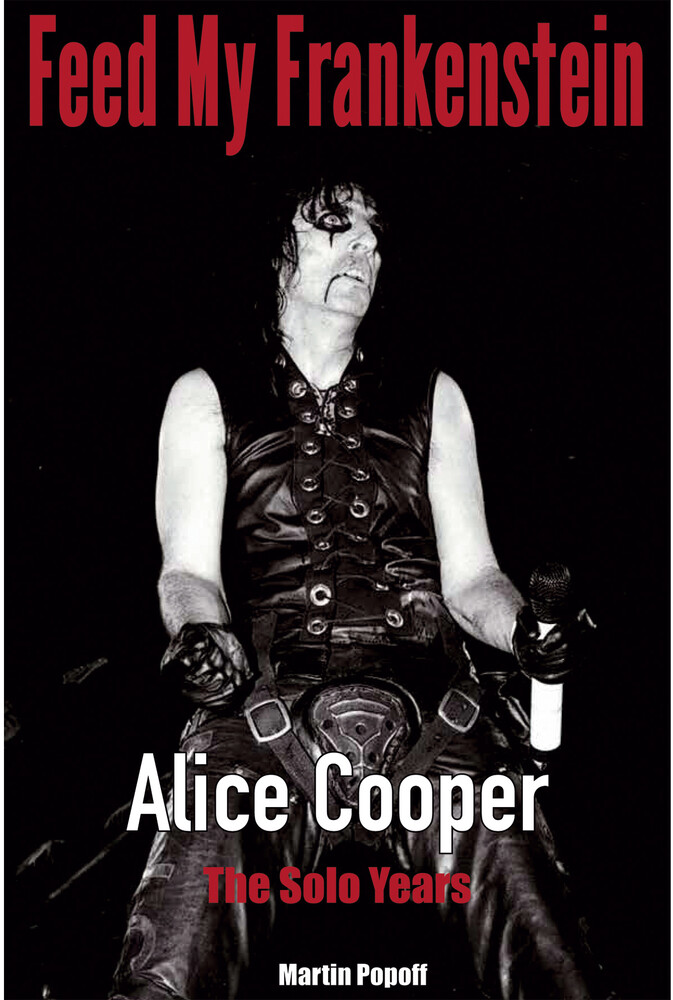 In 1974, Alice Cooper shocked the rock world, scooped up his makeup kit and went solo. Consummated by a legal name change from Vincent Furnier to Alice Cooper, "the man behind the mask" never looked back, writing and recording fully 21 studio albums across a roller-coaster career that is now nearly 60 years on in the business, with almost 50 of that on his own, calling the shots as a man and brand with a plan, often guided by manager Shep Gordon, one of the best in the biz. Feed My Frankenstein: Alice Cooper, the Solo Years charts this action-packed era for Alice, beginning with the smash success of the Welcome to My Nightmare album and tour and hitting a nadir with the blackout years of the early '80s, where Alice nearly died from booze and hard drugs before being brought back by his faith in God and by the good graces of his wife Sheryl. Next came Alice's third wave of major success with Trash and Hey Stoopid, followed by a settling into regular record-making and touring duties, culminating in some of his best work quite recently, with Dirty Diamonds, Along Came a Spider and 2021's Detroit Stories. All of this is celebrated in Feed My Frankenstein, meticulously charted with timeline entries that are extensively explained and corroborated by a gallery of Alice's band members throughout the decades. Helping bring the story to life is a smorgasbord of imagery, from live photography through to all manner of memorabilia, underscoring how visceral the visual has always been for this legendary showman.