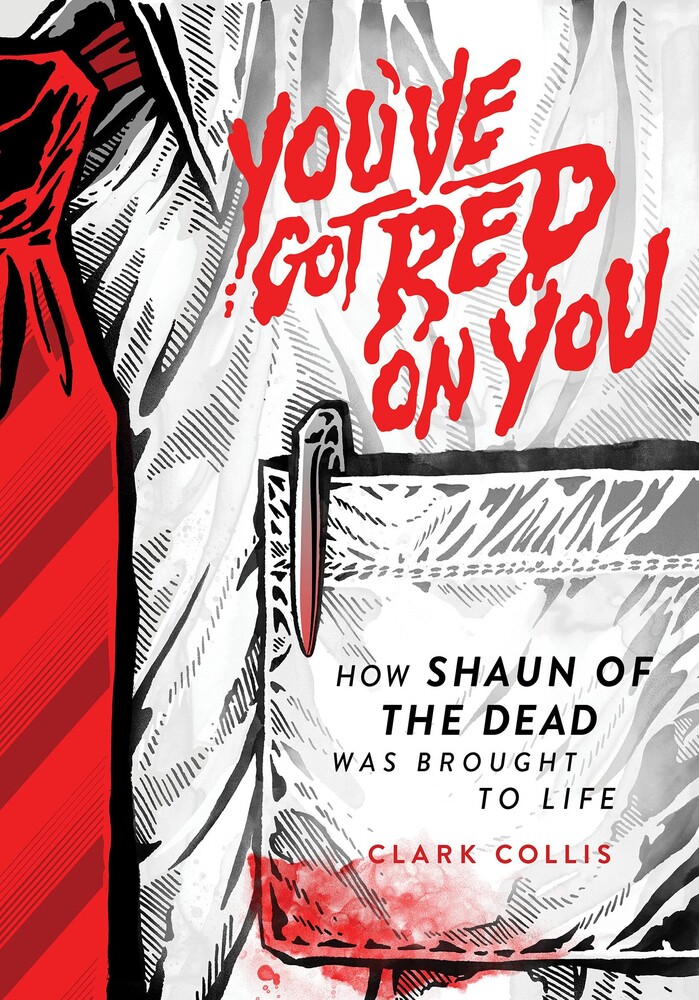 How did a low-budget British movie about Londoners battling zombies in a pub become a beloved global pop culture phenomenon? You've Got Red on You: How Shaun of the Dead Was Brought to Life details the previously untold story of 2004's Shaun of the Dead, the hilarious, terrifying horror-comedy whose fan base continues to grow and grow. After consulting dozens of the people involved in the creation of the film, author Clark Collis reveals how a group of friends overcame seemingly insurmountable odds to make a movie that would take bites out of both the UK and the US box office before ascending to the status of bona fide comedy classic. Featuring in-depth interviews with director Edgar Wright, producer Nira Park, and cast members Simon Pegg, Nick Frost, Kate Ashfield, Bill Nighy, Lucy Davis, and Coldplay singer Chris Martin, the book also boasts a treasure trove of storyboards, rare behind-the-scenes photos, and commentary from famous fans of the movie, including filmmakers Quentin Tarantino and Eli Roth, Walking Dead executive producer Greg Nicotero, and World War Z author Max Brooks. As Pegg's zombie-fighting hero Shaun would say, 'How's that for a slice of fried gold?' 'A really entertaining read and, if you're a fan of the film, very illuminating on the struggles to not only get it made, but also to have the film be taken seriously. It doesn't shy away from the hard times, but ultimately those are the challenges that made the film what it is.' - EDGAR WRIGHT, DIRECTOR. SOFTCOVER (FRENCH FOLDS) / 424 PAGES, 8.5' X 5.75' X 1'