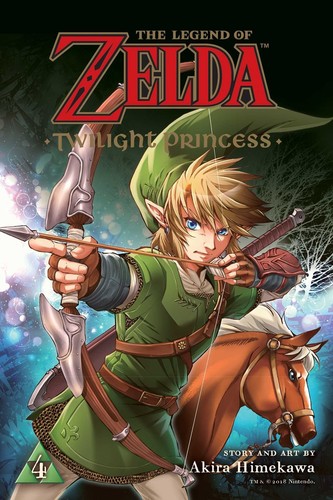 Link and Midna head for Death Mountain to dispel the darkness that is plaguing the Gorons and hopefully obtain another shard of the Shadow Crystal. If they can recover the shard they'll only need to find one more piece of the Crystal. But their journey is far from over-shadows are gathering at Hyrule Castle and there are still many grave dangers and terrible foes to face!

Akira Himekawa is the collaboration of two women, A. Honda and S. Nagano. Their The Legend of Zelda manga series started with Ocarina of Time, released in 1999 in Japan. They have released manga for almost every main entry in the series. Their manga series include alternative storylines to the games, as well as new ones.