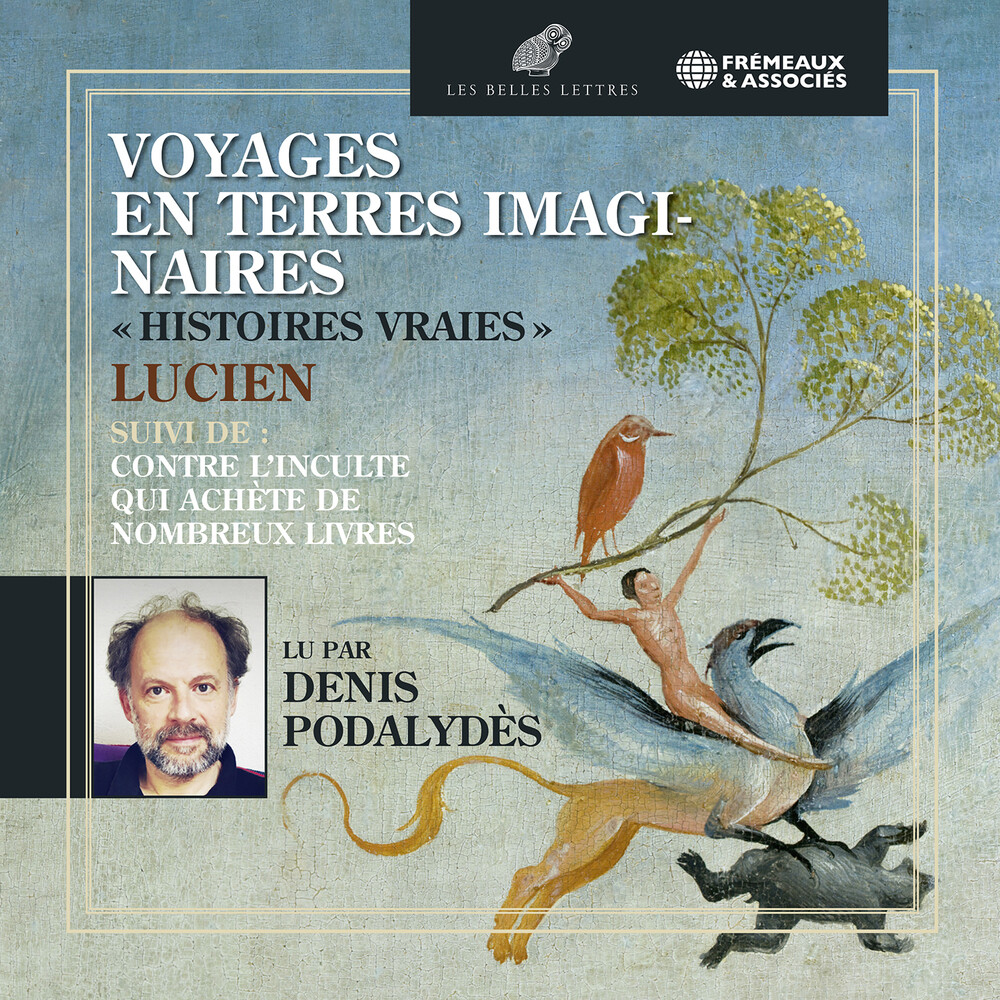 Lucian, a prolific writer of the second century AD, was born in Samosata, on the eastern edge of the Roman Empire. In the True Stories, one of his most famous works, he invites the reader on an extraordinary journey. Between fantasy and pastiche of the great literary and mythological references, the True Stories can be seen as the first science fiction story in Western literature, with a lasting influence on many authors from the Renaissance to the present day. The second text, Contre l'inculte qui achète de nombreux livres (Against the uneducated man who buys many books), presents the satirist Lucian, denouncing with biting irony the vanity and stupidity of a Syrian from the court of Marcus Aurelius who confuses the appearance of knowledge with true culture. Denis Podalydès puts all his verve at the service of these texts and reveals all their flavor. Audiobook, in French.