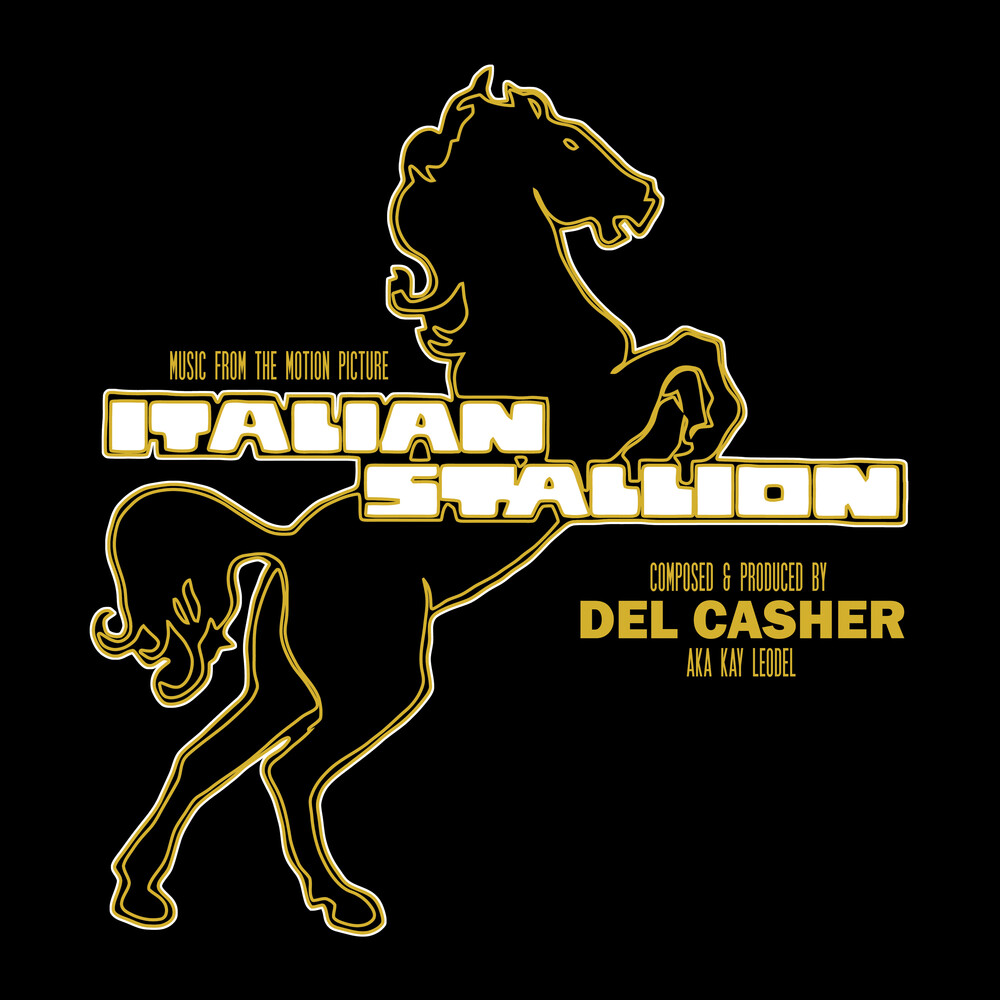 Del Casher may not be a household name, but you’ve undoubtedly heard his music. He was a member of the famous Wrecking Crew, played on Lawrence Welk, recorded Frank Zappa’s first demo, and even backed Elvis Presley on film. His inventions include the Wah-Wah pedal and the Ecco-Fonic, influencing the development of electric guitar playing. In 1978, Casher was impressed by Bill Conti's top selling score for Rocky, and set out to make an album with original compositions of disco and jazz/funk inspired by the film. With a series of tunes written, he gathered some of the top studio players in Hollywood including Billy Preston, Stan Worth, and members of Johnny Carson's Tonight Show band. The working title for this album in the making was called “Music Inspired By Rocky And Other Compositions”. A film company who had acquired the rights to Sylvester Stallone's 1970 debut "The Party At Kitty And Stud's" heard the music and immediately recognized it as the perfect fit for their rebranded “Italian Stallion” film release. Though the score was never released outside of the film, it generated lots of interest in the early 2000’s when the internet became a widespread phenomenon, and fans began recording the audio off of the film themselves. The soundtrack for Italian Stallion stands on its own as a musical masterpiece. Over 40 years later, with the help of ORG Music, Del Casher dug up his original master tapes and assembled a record’s worth of material for the soundtrack’s first ever release. Italian Stallion will make its long overdue debut with a vinyl pressing, exclusively for RSD 2021.

SIDE A
1. Italian Stallion Theme 2. Three Girls In A Whirl 3. Flexing 4. Outside Walk 5. Shower Her With Love 6. Waiting

SIDE B
1. Magic Mirror 2. Leaving For The Party 3. Dance Alone 4. Living The Highlife 5. Circle Dance 6. Cocktails For Two