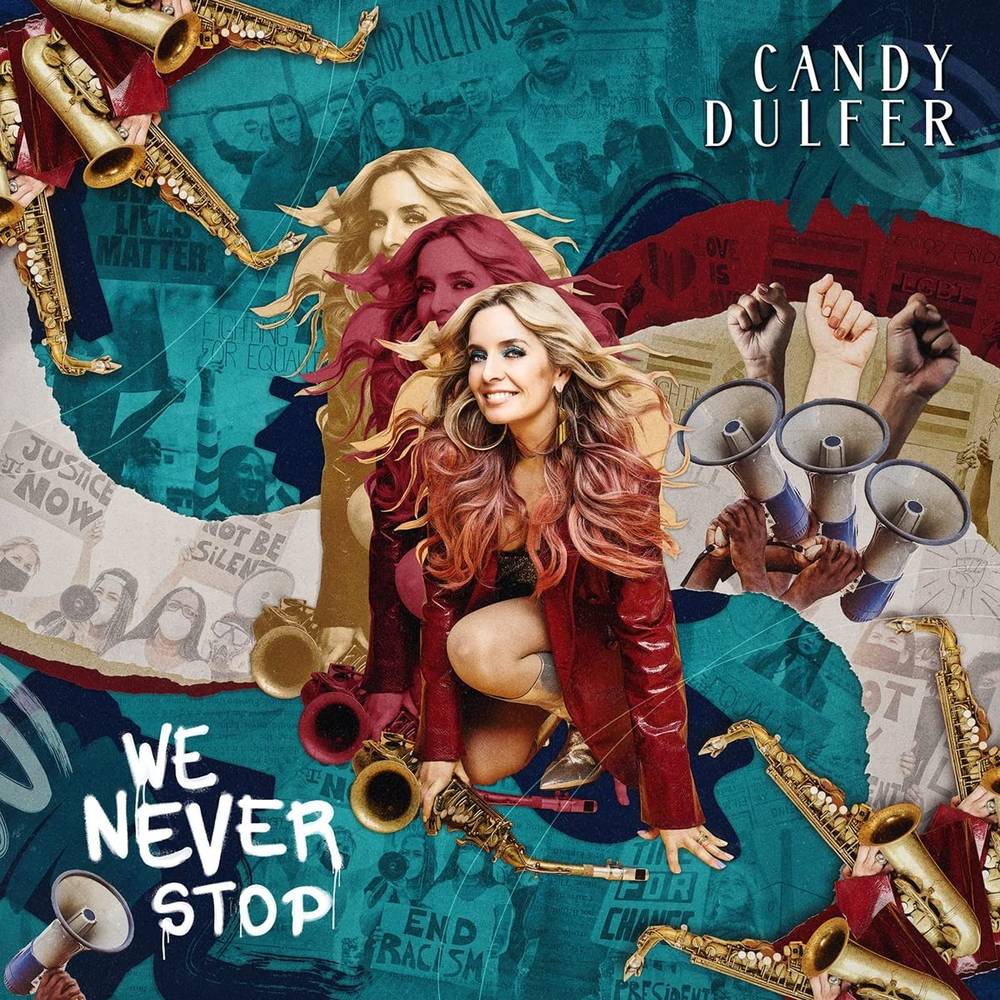 Mascot Label Group & The Funk Garage are excited to annouce the new album from Dutch singer-songwriter and saxophonist, Candy Dulfer, aptly titled, 'We Never Stop'. Candy is a solo artist, a songwriter, an in-demand instrumentalist, and a co-writer and collaborator who has worked with some of the biggest names in modern music, including Van Morrison, Maceo Parker, Sheila E., Mavis Staples, Lionel Richie, Beyoncé, Pink Floyd, Chaka Khan, Aretha Franklin, and Prince, among many others. In fact, two tracks on 'We Never Stop' feature special guest, Chic guitarist, producer, songwriter, and three-time Grammy Award-winner, Nile Rogers. In addition to her superstar collaborations, Candy is a serious lifelong musician with a robust history as a solo artist releasing albums and touring the world for over 35 years. Since her Grammy-nominated debut, 1990's Saxuality, Candy has released 12 studio albums. The combined world-wide sales of her solo albums top 2.5 million copies, and she has had several number 1 hits in the USA. "This is a personal album," shares Candy. "Not just for me, it's personal for everyone because we are all struggling with many of the same things. It feels like it's never been more important to not wallow in the hurt and the pain in the world, and let that defeat us. That's why I called this album, 'We Never Stop'."